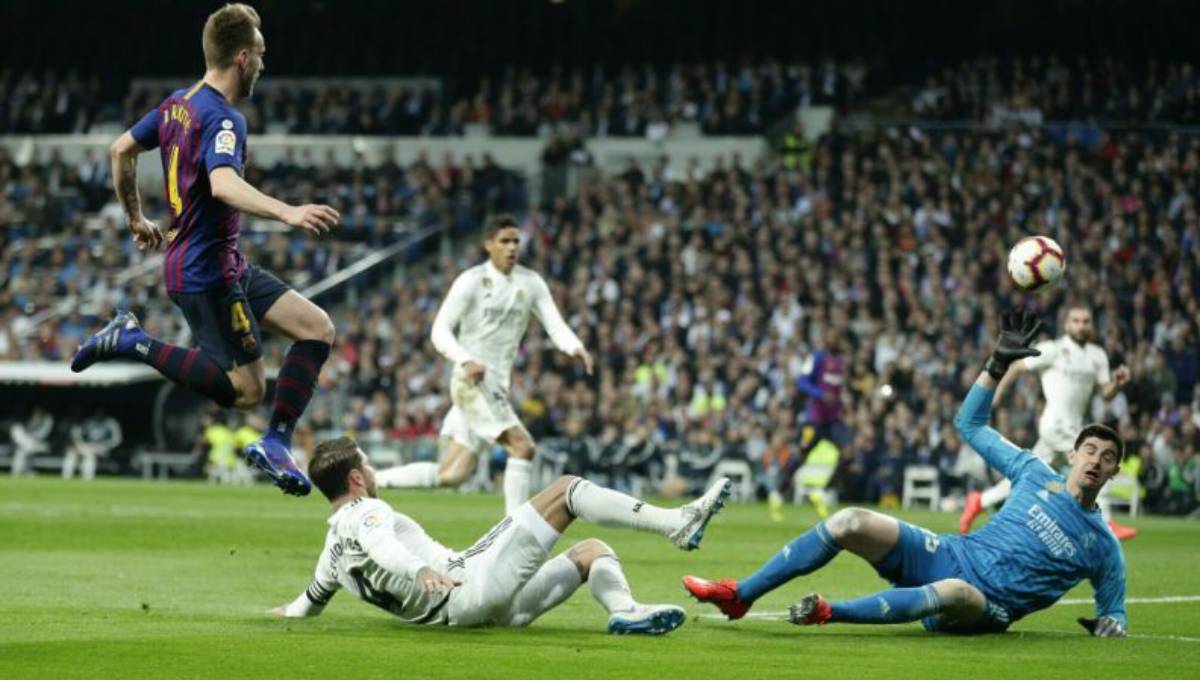 But it must do without the goals of Cristiano Ronaldo, the star striker who fueled its title run before leaving for Juventus at the end of last season.

Madrid failed to score against Barcelona in two “clasico” matches at its Santiago Bernabeu Stadium in the past week. Barcelona eliminated Madrid from the Copa del Rey semifinals with a 3-0 victory on Wednesday, and three days later left Madrid 12 points adrift in the Spanish league with a 1-0 win.

Madrid could do with rediscovering its scoring form to avoid another calamity when it hosts Dutch side Ajax in the return leg of their Champions League round-of-16 tie on Tuesday. The visitors won the away leg in Amsterdam 2-1 thanks to goals from Karim Benzema and Marco Asensio.

“We gave it our all (against Barcelona) but weren’t decisive enough in the box,” defender Dani Carvajal said. “On Tuesday, we need to lay it all on the line. They (Ajax) have had a good rest and we saw what they can do in the first leg. I hope the fans back us because we want to give them something to cheer.”

Madrid’s biggest threat against Barcelona was the speed and dribbling skills offered by Vinicius Junior. But the 18-year-old Brazilian forward failed to finish off his scoring chances and got little help from the team’s veterans. Benzema squandered his opportunities and Gareth Bale was jeered by segments of the crowd when substituted on Saturday.

The hosts are without suspended center-back Sergio Ramos, while Ajax has won its last three games by at least three goals.

Here is a look at this week’s other three Champions League matches:

United faces the daunting task Wednesday of retrieving a 2-0 loss against a PSG side led by the in-form Kylian Mbappe.

The 20-year-old France forward is helping PSG supporters forget all about Neymar. Mbappe scored in the first leg at Old Trafford, and found the net twice on Saturday at Caen. He has now netted in all five domestic league games since the club lost Neymar and Edinson Cavani to injury.

“The coach said we had to win this game to prepare well for Manchester’s visit and that’s what we did,” said Mbappe, who took his tally to 24 goals in 21 French league games.

Mbappe will hope to profit from more open spaces as United chases the game without suspended midfielder Paul Pogba.

PSG can also count on Cavani, who has resumed full training.

After such a promising start under new coach Lucien Favre and an overhaul of the squad, Dortmund’s season is unraveling.

Its 3-0 first-leg loss at Tottenham came after the side was knocked out of the German Cup and held to two draws in the Bundesliga.

Nothing has happened since to suggest Dortmund can recover on Tuesday. It has only one win from seven games across all competitions and has allowed Bayern Munich to draw level on points atop the Bundesliga after surrendering what was once a nine-point lead.

“We’re scoring goals against ourselves,” Marco Reus said after the side’s shock 2-1 loss at Augsburg on Friday.

Harry Kane scored a late penalty to salvage Tottenham a 1-1 draw with Arsenal on Saturday.

Roma and FC Porto are in crisis before they meet on Wednesday, with the Italian visitors holding a slim 2-1 advantage.

Roma was beaten 3-0 by city rival Lazio in the derby on Saturday to seriously damage its chances of qualifying for next season’s Champions League.

“We really need to focus on Porto so we can get through to the quarterfinals,” Roma captain Daniele De Rossi said. “If we do that, it will also change our vision of the season and our current form.”

Porto is also reeling after losing 2-1 to Benfica on Saturday, a defeat which let its fierce rival take the lead at the top of the Portuguese league.