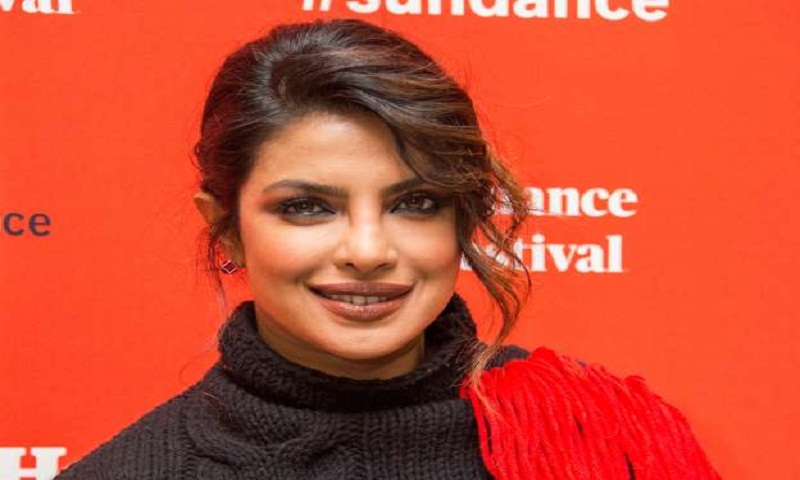 Actor Priyanka Chopra not only saw the release of her Hollywood film Isn’t It Romantic this week but also featured in Jonas Brothers’ new music video Sucker. The actor is now set to resume work on her Bollywood film, The Sky Is Pink, and her character will be seen ageing from 22 to 60 years in the film.
Talking to Mid-Day.com about the film, Priyanka said, “Though the film is about parents losing their child to an incurable disease, it’s a unique take on death — one that celebrates people’s lives instead of mourning their death. It was a challenge to go from 22 to 60 after 7 Khoon Maaf (2011). I was able to sink my teeth in the part.”

The Sky Is Pink is scheduled to hit the theatres on October 11 this year. Directed by Shonali Bose, the film also stars Farhan Akhtar and Zaira Wasim.

Priyanka has been away from Bollywood since long and was last seen in the 2016’s Jai Gangaajal. She had signed Bharat opposite Salman Khan but had walked out from the film soon afterwards as she was marrying Nick Jonas at the time the film was being shot.

The actor, however, made it clear that she doesn’t prefer Hollywood over Bollywood. She said, “I have missed the madness of Hindi movies. I don’t look at it as a choice between Hollywood and Bollywood, it’s the magic of movies. The first thing I did after Quantico was a Hindi movie. My career in both countries is dear to me, and as long as people want to watch me, I’ll stay!”

Then what made her say yes for a supporting role in Isn’t It Romantic. Priyanka justifies in the report saying, “That was never a concern. My yardstick of choosing stories is strictly based on whether I want to watch the film. I finished reading this script in one go.” Isn’t It Romantic released in India on Netflix on February 28, report Hindustan Times.