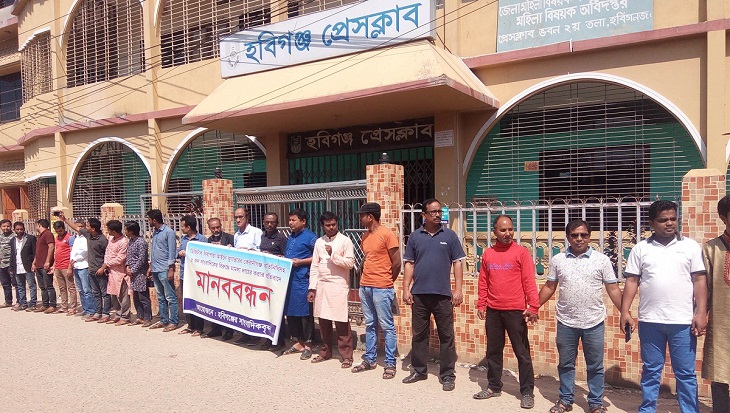 Habiganj Correspondent : Journalists in Habiganj formed a human chain in front of the Press Club on Saturday demanding release of Abu Zafar, who was arrested under the Digital Security Act.
Habiganj Press Club arranged the event around 11am where the speakers also demanded withdrawal of the case.

Zafar, the Keraniganj correspondent of Jugantor and also general secretary of Keraniganj Press Club, was arrested on February 19.

From Brazil to Beelpar, carried by the power of love