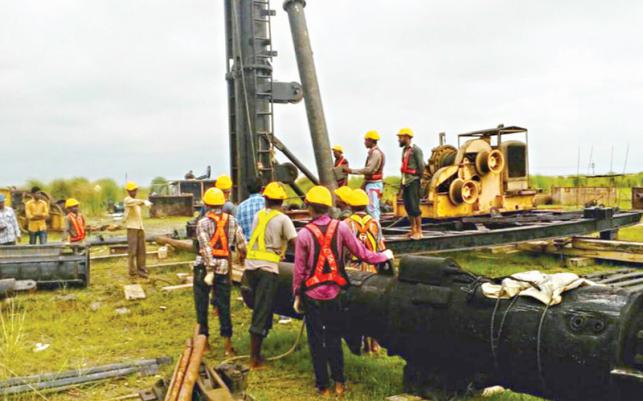 Two workers were killed and another severely injured when a container fell on them at under-construction Rampal Power Plant in Bagerhat on Saturday, UNB reports.

Two workers Nayeb Ali, 45, and Firoz, 49, hailing from Bheramara upazila of Kushtia died on the spot when a heavy iron container fell on them around 5pm on Saturday, said Lutfar Rahman, officer-in-charge of Rampal Police Station.

Sohanur, 24, the injured worker, was sent to the Intensive Care Unit (ICU) of Khulna Gazi Medical College Hospital. He underwent a surgery there, he said.

The dead bodies were handed over to the respective family members, said Rezaul Karim, deputy project director of the coal-fired power plant.

The contractors have been asked to compensate the deceased workers’ family, he added.

Shamima Begum: ‘We should live in Holland’ says IS husband

‘Quader not out of danger’, says BSMMU physician