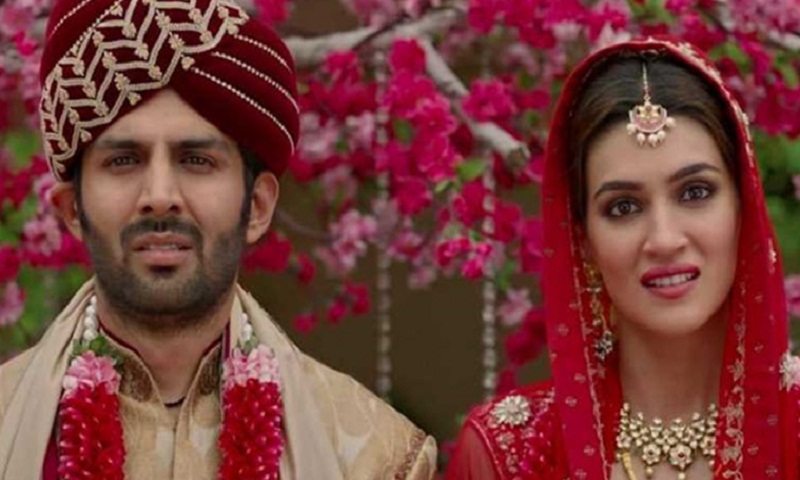 Kartik Aaryan and Kriti Sanon starrer Luka Chuppi has been leaked by Tamilrockers. The Laxman Utekar directorial is the latest victim of the piracy website that regularly uploads copyrighted content illegally, report The Indian Express.
Cinematographer-turned-director Laxma Utekar’s film Luka Chuppi revolves around a live-in couple. The film also stars Aparshakti Khurana, Pankaj Tripathi and Vinay Pathak among others. It has been produced by Dinesh Vijan.

Luka Chuppi released on March 1 and soon after, the film got leaked online by Tamilrockers.

Despite action by law enforcement agencies and even interventions by the courts including the Madras High Court, Tamilrockers operates with impunity.

Luka Chuppi, meanwhile, has opened to poor reviews. In her review, The Indian Express film critic wrote, “This could have been a fun, sharp film, done right. Instead, we get never-ending scenes of family members yakking, neighbours gossiping, and a few passages between Guddu and Rashmi which are meant to be sensuous and flirtatious (rolling in bed in shorts and Ts, haww, talking of ‘protection’, how forward, double haww). Aaryan and Sanon, in their first pairing, come off standard-issue Bollywood.”