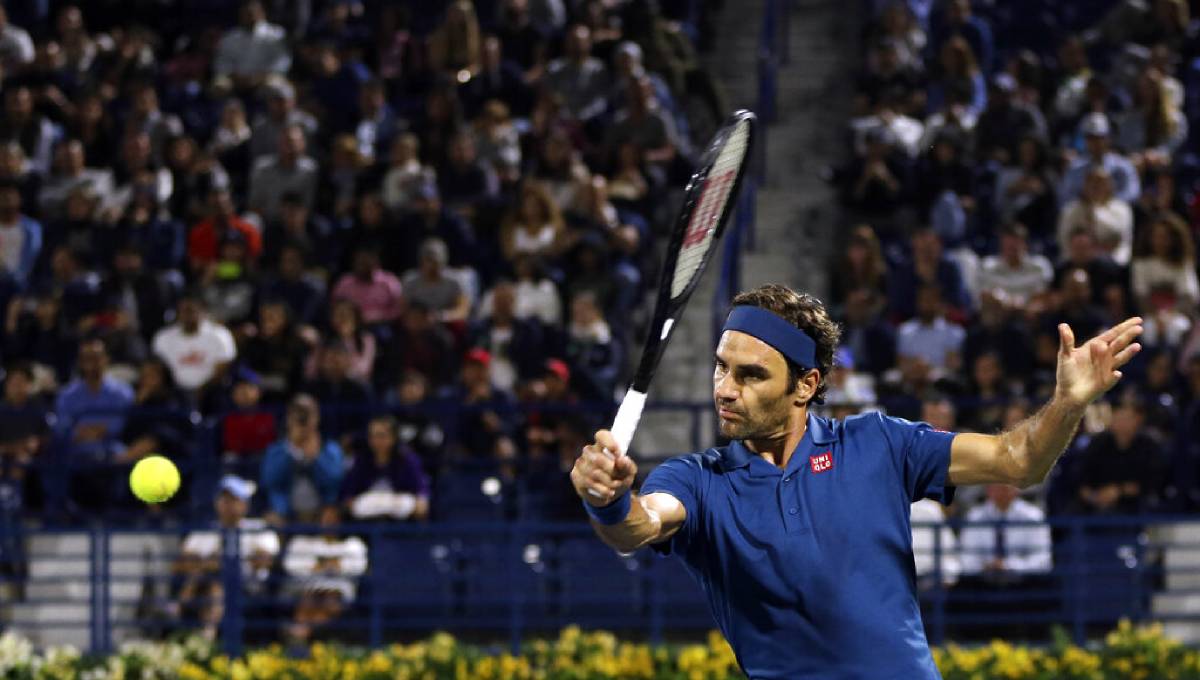 Photo: Roger Federer of Switzerland returns the ball to Marton Fucsovics of Hungry during their match at the Dubai Duty Free Tennis Championship, in Dubai, United Arab Emirates, Thursday, Feb. 28, 2019.

Dubai, Mar 2 : Roger Federer can win the 100th title of his career at the Dubai Championships on Saturday.

The 20-time Grand Slam champion will have to beat the rising star of tennis to do so.

Federer set up a title match against 20-year-old Greek Stefanos Tsitsipas by defeating Borna Coric 6-2, 6-2 in just 67 minutes in the semifinals of the ATP event on Friday.

“I think it was important to mix it up, be solid, not give him too many chances and keep showing him it’s going to be really difficult for him to win, ” Federer said. “At the end, I actually played really good. I’m very pleased.”

Federer, who is 37, is looking to become the second man in the professional era to reach 100 tour-level tournament titles, joining Jimmy Connors, who won 109. Seven of Federer’s previous 99 wins have come in Dubai.

Saturday’s match will be a battle of the generations — and a repeat of their meeting in the last 16 of the Australian Open in January, which was surprisingly won by Tsitsipas in four sets on his way to the semifinals.

“(Stefanos) showed me at the Australian Open, how hard he is (to play),” said Federer. “We’re still far from (reaching 100 titles), it seems. I’m just going to try to focus and play good tennis.”

Tsitsipas won the Open 13 in Marseille without dropping a set last week for the second title of his career, and has continued his strong form in the United Arab Emirates. He is now assured of a place in the top 10 of the world rankings for first time, replacing Marin Cilic.

“I have improved since last year,” Tsitsipas said. “Beating the big guys, big players, players that have been in the top 10, means a lot to me. I wanted to get there (top 10) at some point myself, and I made it today.”