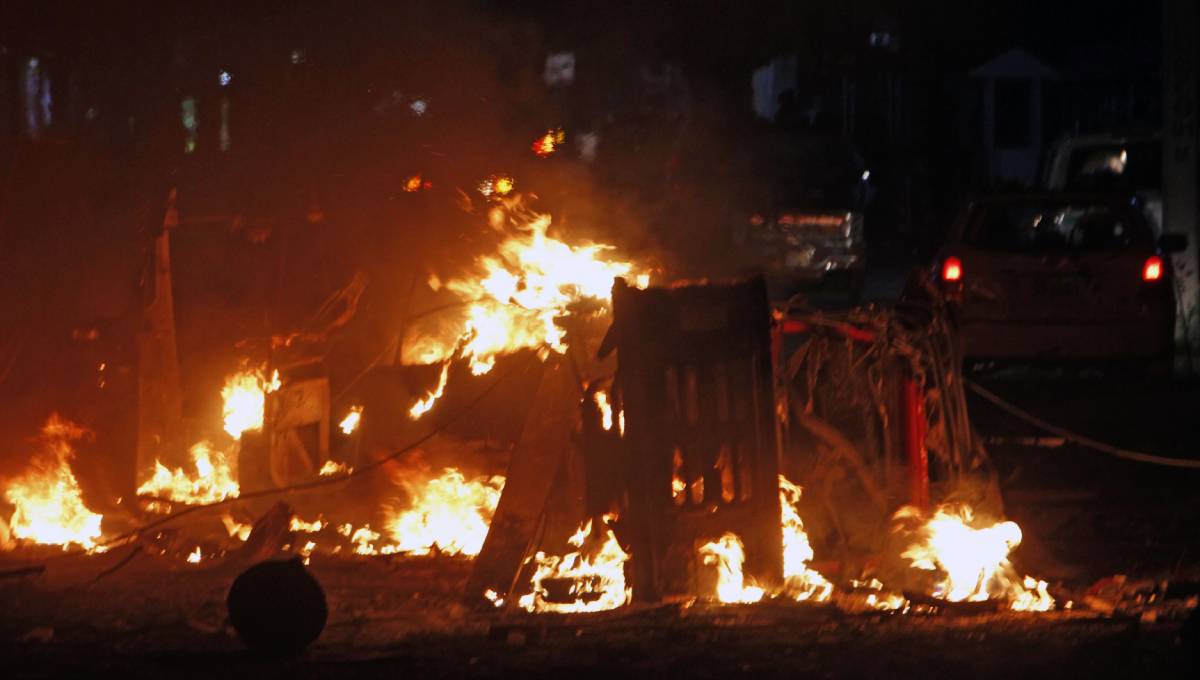 Cars burn after car bombs in Mogadishu, Somalia, Thursday Feb. 28, 2019. At least four people were killed in a powerful explosion late Thursday in the Somali capital, Mogadishu, police said, in an attack that Islamic extremists said was an attempt to bomb a hotel.

Kenya, Mar 1 : Police say the death toll from a car bombing near a hotel in Somalia’s capital and ongoing clashes between security forces and gunmen has risen to 18.

Capt. Mohamed Hussein said at least 40 others were injured in the attack Thursday near a hotel and a judge’s residence on a busy street in Mogadishu.

He said early Friday that security forces were still fighting to neutralize some militants holed up inside a building close to Maka Almukarramah hotel, which the Islamic extremist group al-Shabab said had been the target.

He said the death toll could rise as many of the wounded are being treated in hospitals.

Al-Shabab has targeted the Maka Almukarramah hotel, which is frequently patronized by government officials, multiple times in the past.