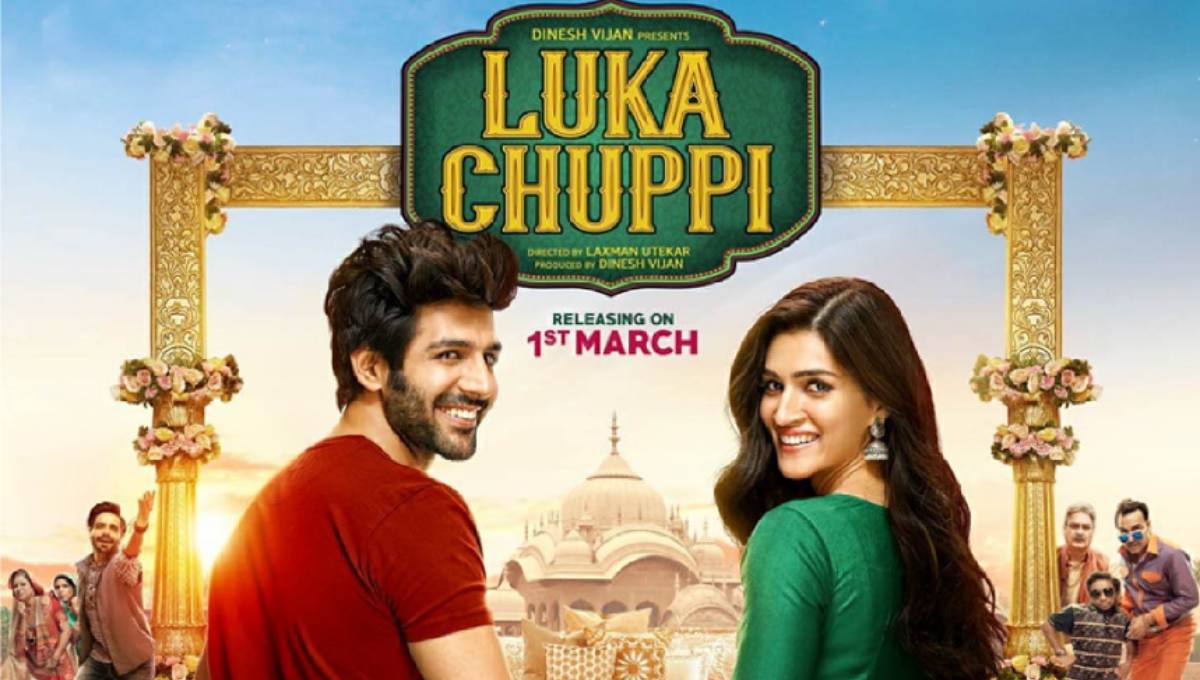 Dhaka, Mar 1 : A meet cute between Guddu (Kartik Aaryan) and Rashmi (Kriti Sanon) soon escalates into full-blown love. But in a daring attempt, the girl wants to try living-in with the boy before settling down for marriage. This even as their small town in North India is up in the arms against live-in relationships, thanks to protests led by none other than the girl’s own father, who is a local right-wing party leader.

‘Luka Chuppi’ is a situational comedy from the word go. And the situation in question is live-in relationships. What starts as a news story for a local reporter Guddu, turns into his own love story with hilarious complications. But peddling along are a host of other societal issues like misogyny, gender inequality, caste bias and moral policing that are tackled in a funny and harmless way. However, there is hardly a dull moment in the film that never takes itself too seriously.

As a debutante, director Laxman Utekar does a fine job of throwing in a bunch of quirky characters in unusual situations. Starting with the film’s hero Kartik Aaryan, who looks way too polished for his small-town character, but along the way, you soon start rooting for him. Whether he is covering a story or running for cover himself – Kartik exudes an endearing charm that is relatable. Ditto for Kriti. With all her prettiness and poise, she portrays the character of a girl-next-door without being over-the-top. However, the funny thing is, the two stand out as the only gorgeous couple in the entire town, what with the perfect touch of makeup and hairdo at all times. Their chemistry is not exactly crackling, but quite easy going, which works well for the narrative.

While Aparshakti Khurana plays the supportive friend Abbas adequately well, there is a very noticeable lack of comic punches in his dialogues. Pankaj Tripathi, a regular in this genre, is largely wasted in a role that could have been etched out far more elaborately.The rest of the actors, get ample chance to contribute generously. Be it the eccentric members of Guddu’s joint family or Rashmi’s politician dad, who uses his clout to rally against inconsequential issues.

But what really makes ‘Luka Chuppi’ an entertaining watch is the nuanced writing by Rohan Ghoge and its execution. The first half is swift and packed with funny moments that end in an unpredictable twist. The second half too, is marked by quite a few laugh-out-loud moments. At some point, the humour becomes repetitive, but it’s the short run-time that comes to the film’s rescue. Film’s two most popular songs (Coca-Cola & Poster) are thrown in at the end, during the credit roll.

Overall, ‘Luka Chuppi’ is a fun ride that never gets too preachy or uncomfortable for the family audience. It’s a clean entertainer with a message that’s not too loud, but clear, for sure.

Federer reaches semis in Dubai as he chases 100th title

Chawkbazar fire death toll rises to 70 as another victim dies