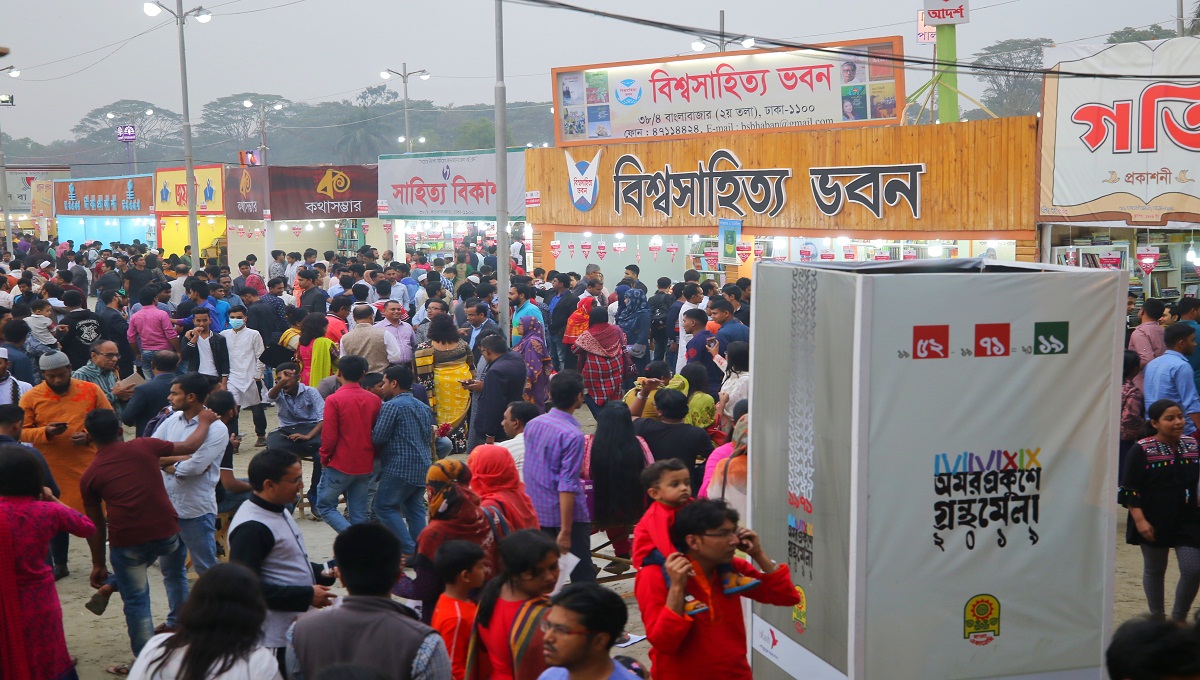 Dhaka, Mar 1 : The Amar Ekushey Book Fair has grown enormously since its humble inception in 1972 as a small-scale book sale in front of Bangla Academy and evolved into a massive phenomenon.

Bangla Academy took charge of the event in 1978 and has since been taking care of it. With this year’s edition nearing its end, Professor Emeritus Serajul Islam Choudhury said it is time for a change.

He pointed out that the fair is growing every year and the burden of arranging an event on such a grand scale is too heavy for Bangla Academy.

“Bangladesh’s publisher guilds should take the responsibility,” he told UNB, noting that Bangla Academy’s goal was to help the language flourish through research works and publications.

“Being occupied with the fair’s arrangement is diverting it from its original goal,” he said.

Bangla Academy Director General Habibullah Sirajee declined to comment, saying: “It’s up to the Ministry of Cultural Affairs to decide.”

As the fair’s popularity grew, its ground was extended in 2014 to include Suhrawardy Uddyan. Prof Choudhury said he feels that organising the fair at one place will reduce hassle.

“Holding the fair in two places is drawing attention away from the works of different organisations and the little magazine stalls placed on Bangla Academy premises,” Prof Choudhury said, emphasising better planning for tackling unpredictable weather.

He said the fair was also losing its main purpose.

“In recent years, it has not been about books only. Many other issues are getting prioritised and books are becoming less important,” he said. “We need to make changes to ensure that the book fair focuses on books.”

Over the decades, it has grown into a phenomenal fest. This year, the fair drew huge crowds every day. A large section of them — current or former Dhaka University students – were seen roaming around stalls, gossiping about authors, arguing about their works and buying books.

This year, the fairground has been extended to 550,000 square feet.

Altogether, 4,685 books have been published during the fair, while the publishers sold books worth around Tk 78 crore – nearly Tk 7.5 crore higher than the previous year. Bangla Academy also had a brisk sale of Tk 2.15 crore.

“This fair is a fuel for the soul,” Ishraq Sabbir, a third-year journalism student, told UNB.