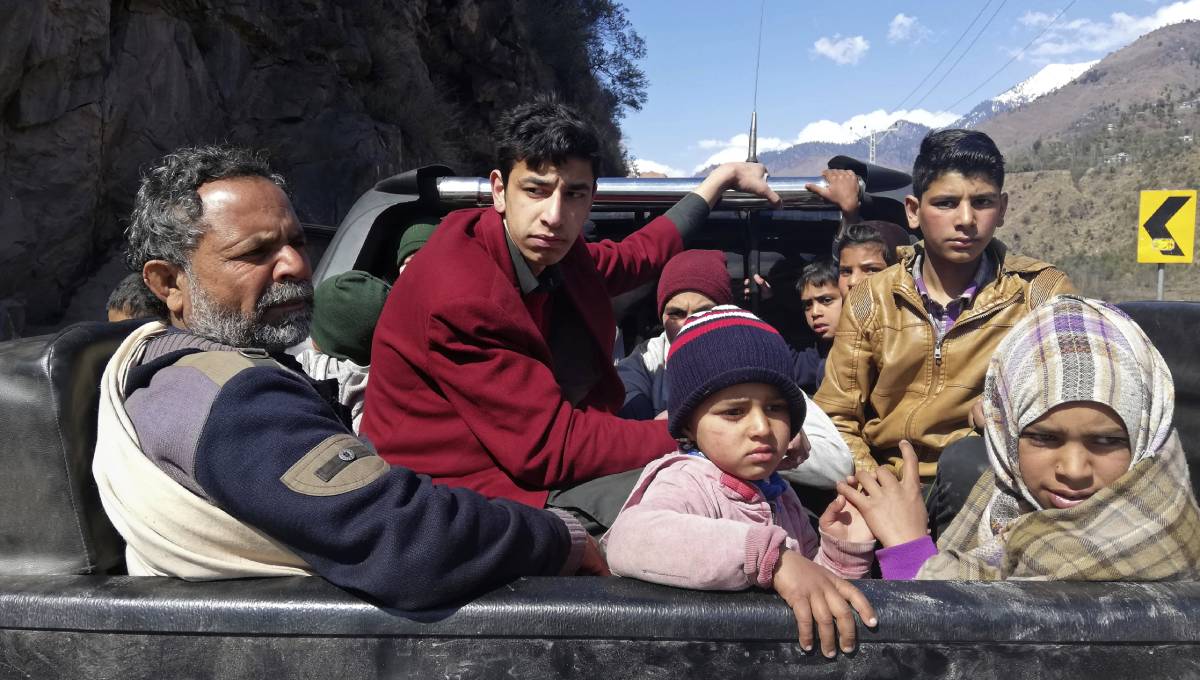 Photo: Pakistani Kashmiris flee the town of Chakoti which is about 3 miles, 5 km, from the Pakistan Indian border, following the intense exchange of fire between Pakistan and India, at the Line of Control in Pakistani Kashmir, Wednesday, Feb. 27, 2019.

Muzafarabad, Feb 28 : Pakistani police say troops deployed in the disputed region of Kashmir continued trading fire with India overnight, forcing villagers living near the contested frontier to move to safer places even as the two nuclear-armed nations appear to be stepping back from the brink.

Police official Mohammad Tahir says cross-border fire continued into Thursday but there were no casualties. Government buildings in Muzafarabad, the capital of the Pakistan-controlled section of Kashmir, are being used to provide shelter to those who fled from border towns.

This comes a day after Pakistan’s military said it shot down two Indian warplanes in Kashmir and captured a pilot, answering an airstrike the previous day by Indian fighter jets inside Pakistan.