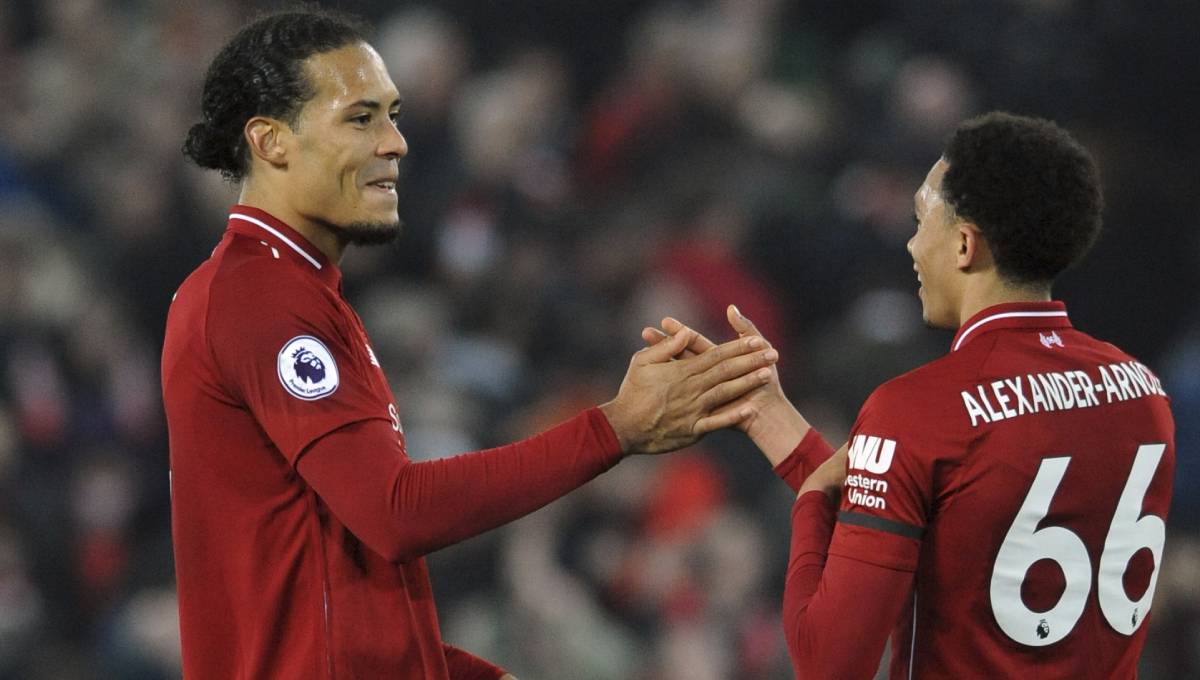 Liverpool, Feb 28 : Sadio Mane and Virgil van Dijk both scored twice as Liverpool brushed aside concerns about its recent struggles by thrashing Watford 5-0 Wednesday to stay top of the Premier League.

In a win built on brilliant performances by Liverpool’s defenders, right back Trent Alexander-Arnold set up three goals — including the opening two for Mane — and left back Andrew Robertson the other two. Van Dijk, a center back, headed in the final two goals at Anfield.

Questions were starting to be asked about Liverpool’s credentials after four draws in the team’s last five matches in all competitions. But this performance signaled a return to the verve and inventiveness which Juergen Klopp’s team needed to rediscover.

It was typified by Mane’s — and Liverpool’s — second goal of the night, a brilliant back-heel from 12 meters out which caught Watford goalkeeper Ben Foster by surprise.

The Senegal international had already, somewhat surprisingly, scored with a header having been given the job of central striker in the absence of the injured Roberto Firmino.

Firmino’s replacement, Divock Origi, was posted on the left wing to accommodate Mane in his new role, and he added the third goal in the 66th minute that gave Liverpool breathing space.

Mane’s double meant he has recorded his best Premier League scoring return of 14 goals, with 10 matches still to go. It was the fifth home league match in succession in which he has scored.

The result was exactly the boost Liverpool needed ahead of a short trip to Everton for the Merseyside derby on Sunday. The Reds maintained their one-point lead over Manchester City.