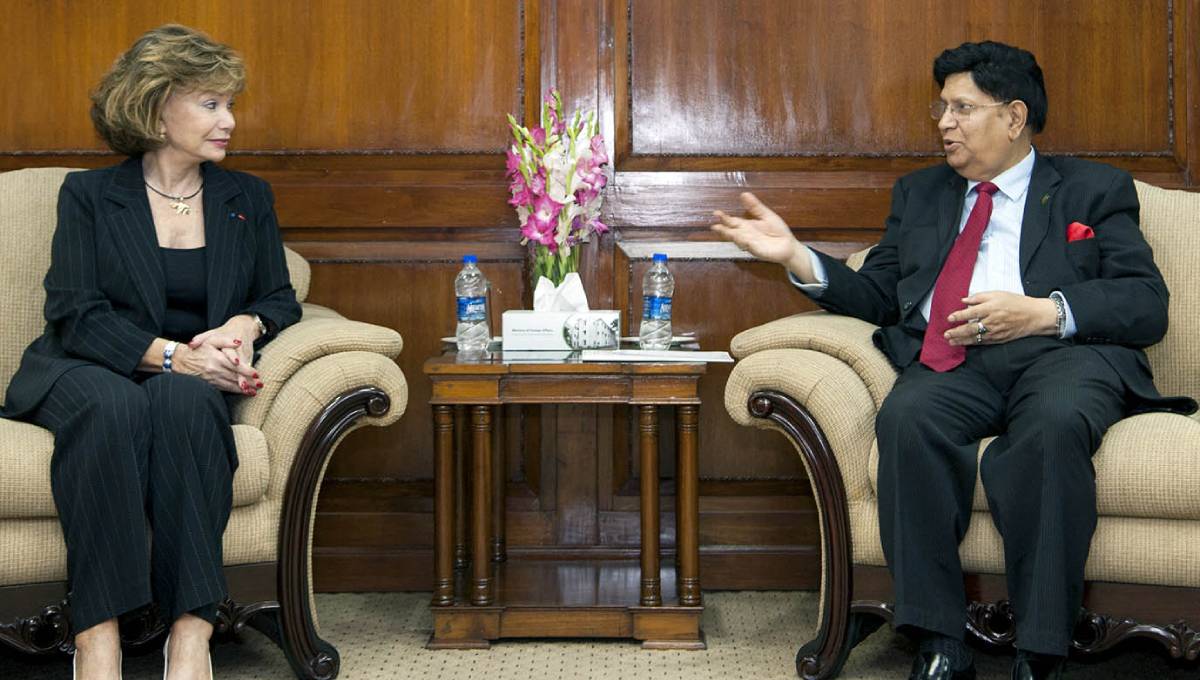 The Senator and President Jacky Deromedi meets with the Foreign Minister Dr AK Abdul Momen at his office on Thursday, February 28, 2019. Photo: Courtesy

“France-South East Asia,” the Inter-parliamentary Friendship Group, headed by the Senator and President Jacky Deromedi, met the Foreign Minister at his office and discussed the issue.

The French inter-parliamentary delegation highly appreciated the significant support that was extended by Bangladesh to the Rohingya people.

The French delegation assured to continue supporting the cause of the Rohingyas.

Foreign Minister appreciated the existing excellent mutual understanding between Bangladesh and France on the important issues like climate change and peacekeeping.

He also urged the French businessmen and investors to invest in Bangladesh in energy, infrastructure and other sectors also and for taking the advantages of the country’s demographic dividend and attractive packages that are on offer in 100 Special Economic Zones (SEZ).

The French inter-parliamentary delegation appreciated the impressive development in Bangladesh and expressed their interest to organize a Business Forum within French parliament, engaging the French business community, where Bangladesh could showcase the huge economic and business opportunities that currently exist in Bangladesh.

The other members of the delegation are Jerome Durian, President of the Bangladesh sub-group, Simon Sutour, Senator of Gard Region and Anne Laure Saint-Dizier, Executive and Secretary of the Senate House.

Referring to French support during our Liberation War in 1971, he fondly recalled the important contribution made by renowned French intellectual and politician Andre Malraux during and after the Liberation War of Bangladesh.

He also praised France and her people for being the beacon of democracy for freedom loving people across the world.

Earlier on Wednesday, the delegation met Speaker Dr Shirin Sharmin Chaudhury, MP and the Chairperson of the Parliamentary Standing Committee on Foreign Affairs.

The delegation also visited a garment factory at the outskirt of the capital.