Donald Trump and Kim un to start summit with dinner 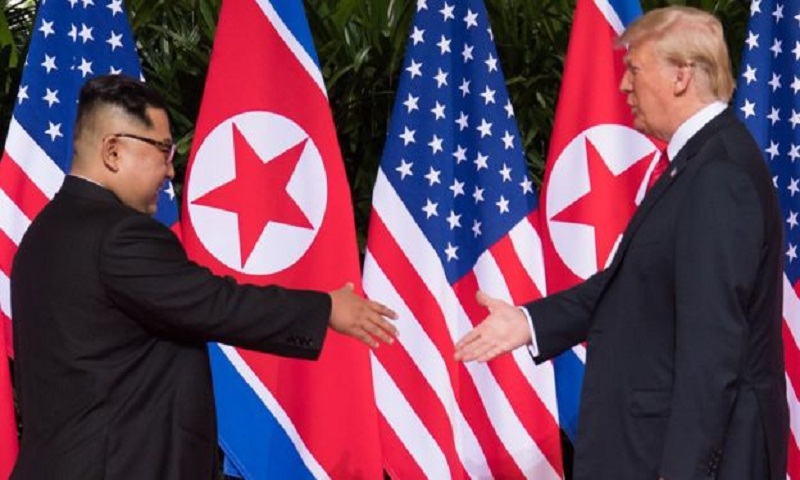 US President Donald Trump and North Korea’s leader Kim Jong-un will begin their high-profile summit on Wednesday with brief talks, followed by dinner.
They are expected to discuss a roadmap for ridding the Korean peninsula of nuclear weapons during the two-day meeting in Vietnam’s capital, Hanoi.

Prior to his meeting with Mr Kim, Mr Trump will meet Vietnam’s prime minister and other politicians.

The pair are then scheduled to dine at Hanoi’s five-star Metropole hotel.

Mr Trump tweeted in praise of the host country on Wednesday morning, writing: “Vietnam is thriving like few places on earth. North Korea would be the same, and very quickly, if it would denuclearize.”

Their first encounter will be a 20-minute one-on-one meeting at 18:40 local time (11:40 GMT). It will be followed by dinner with their aides, according to the White House.

The two leaders will attend a series of meetings together on Thursday, but their exact agenda is unknown.

It’s expected that any major events – the signing of agreements or significant press conferences – will take place on Thursday.

Helicopter with 6 on board missing in Nepal’s mountains