New parents face up to six years of disrupted sleep 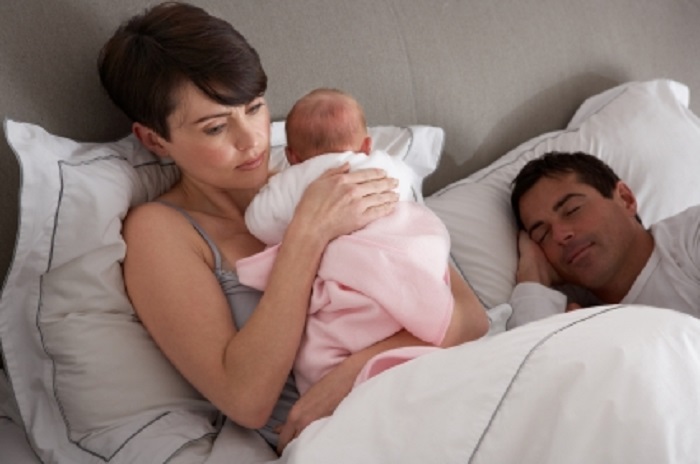 Having a baby disrupts sleep quality of the new parents for up to six years after the child’s birth, a study has found.

Researchers at the University of Warwick in the UK studied sleep in 4,659 parents who had a child between 2008 and 2015.

During these years parents also reported on their sleep in yearly interviews. In the first three months after birth mothers slept on average one hour less than before pregnancy while fathers sleep duration decreased by approximately 15 minutes, researchers said in a statements.

The study shows that after birth of the first child and up to six years after birth mothers and fathers sleep duration and sleep satisfaction do not fully recover to the levels before pregnancy.

“Women tend to experience more sleep disruption than men after the birth of a child reflecting that mothers are still more often in the role of the primary caregiver than fathers,” said Sakari Lemola, from the University of Warwick. However, when the children were 4-6 years old sleep duration was still about 20 minutes shorter in mothers and 15 minutes shorter in fathers compared to their sleep duration before pregnancy. A similar time course was also observed for their satisfaction with sleep.Sleep effects were more pronounced in first-time parents compared with experienced parents. In the first half a year after birth the sleep effects were also somewhat stronger in breastfeeding compared with bottle-feeding mothers.

Higher household income and psychosocial factors such as dual vs single parenting did not appear to protect against these changes in sleep after childbirth.

“While having children is a major source of joy for most parents it is possible that increased demands and responsibilities associated with the role as a parent lead to shorter sleep and decreased sleep quality even up to six years after birth of the first child,” said Lemola.

Get your posture right when you use mobiles, or suffer back, neck pain