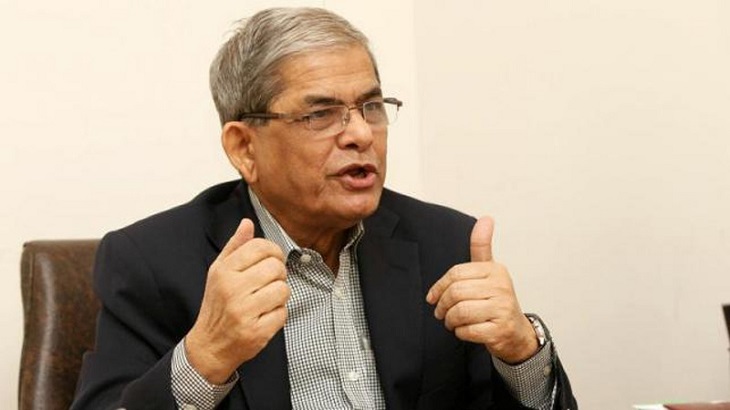 BNP secretary general Mirza Fakhrul Islam Alamgir on Tuesday alleged that the government is conspiring to push its seriously sick chairperson Khaleda Zia to death by depriving her of medical treatment in jail.

Quoting Fakhrul said, “The medial board examined our leader (Khaleda) on Sunday after nearly three and a half months following a court order. They [board] got astonished that she was not given any treatment and there had been no health checkup, including blood and sugar test and any x-ray for a long time.”

Speaking at a press conference, at BNP’s Nayapaltan Central office, the BNP leader further said “The government is conspiring to push our leader to death by not giving her any treatment in an abandoned jail. Providing no treatment and presenting her before the court in wheelchair is part of the conspiracy of the government.”

Fakhrul said Khaleda Zia in no way deserves such an attitude of the government.

He demanded the government ensure proper treatment to Khaleda by freeing her from jail without any delay.

The BNP leader also said the government will have to shoulder all the responsibilities if anything bad happens to their chairperson for not giving her treatment.

He also said their party is ready to bear all the additional expenditures for Khaleda’s treatment.

New parents face up to six years of disrupted sleep