University student killed as truck ploughs through mosque in Chattogram 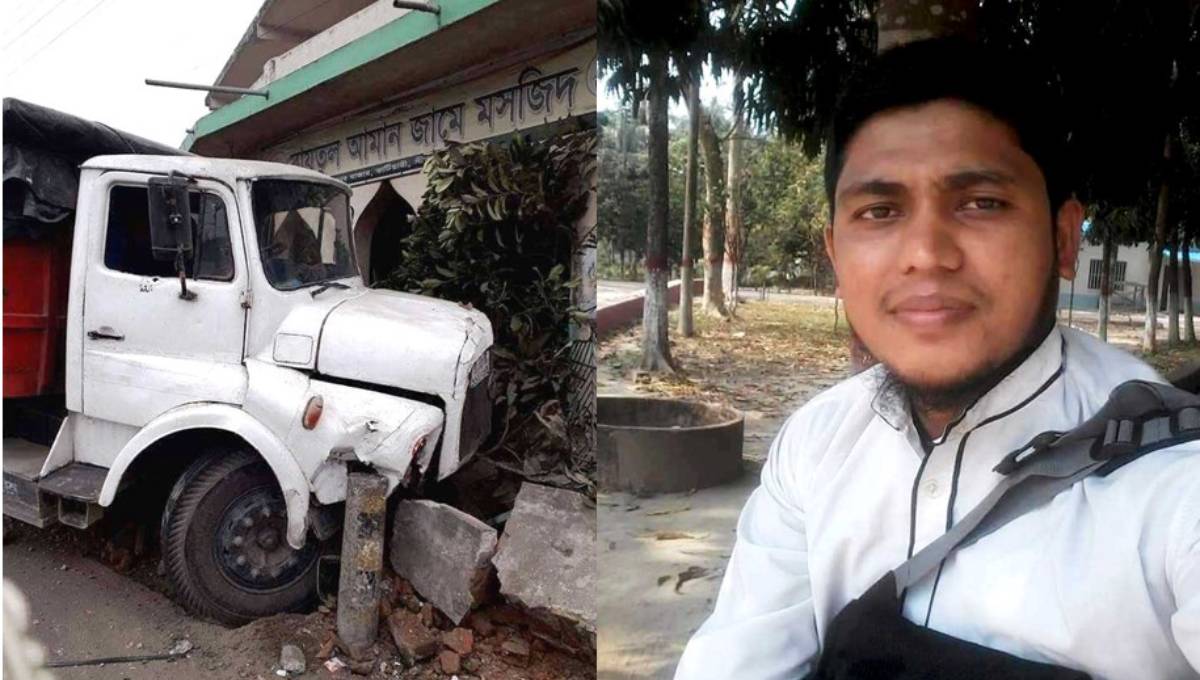 Chattogram, Feb 25 : A student of International Islamic University Chittagong (IIUC) was killed as a truck ploughed through a mosque in Banur Bazar area in Sitakundu upazila on Monday morning.

The deceased was identified as Faridul Islam, 25, son of late Nur Mohammad, hailing from Chakaria upazila in Cox’s Bazar and a fifth semester student of Quaranic Science Department of the university.

Ahsan Habib, officer-in-charge of Baroaulia Highway Police said the truck driver lost control over the steering and ploughed Baitul Aman Jam-e-mosque, leaving  Faridul, who was coming out of the mosque after saying his Fazr prayers, dead.

On information, police recovered the body and seized the truck.