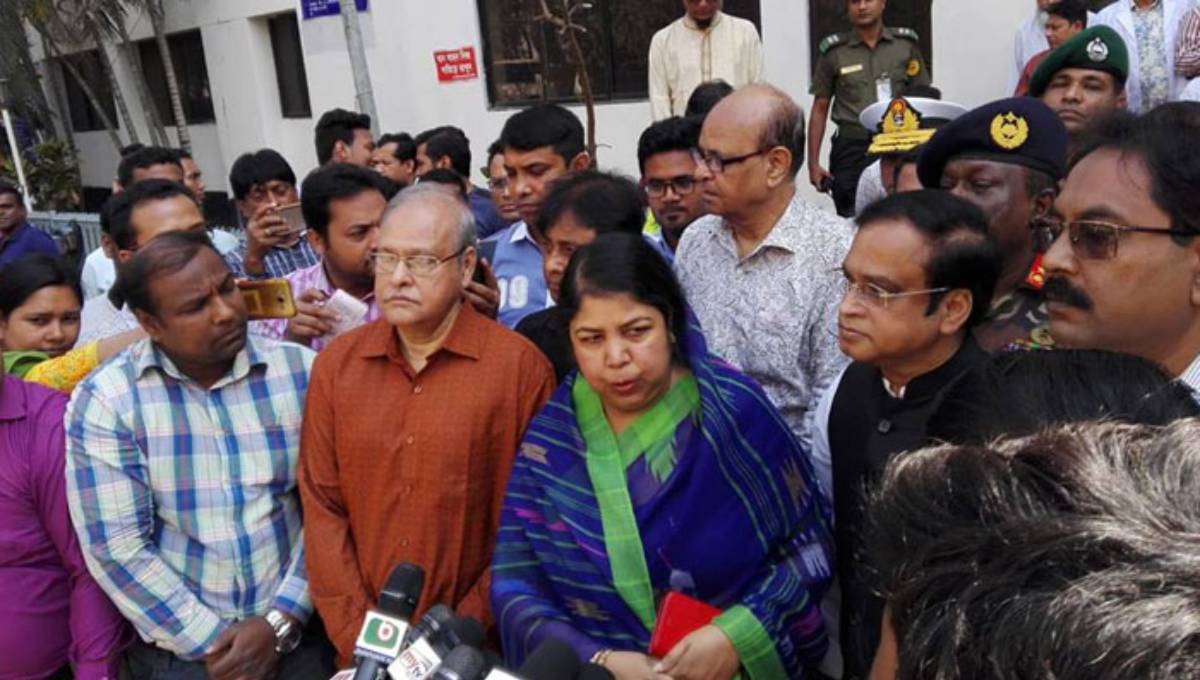 During her visit, she talked to the doctors, injured patients and their family members and also asked the concerned physicians to ensure necessary treatment of the victims, said a press release.

Shirin Sharmin said that a condolence motion will be adopted at the national parliament to express grief to the victims.

She also said that the condition of many injured patients was stated critical and the doctors were trying their best to provide treatment.

Besides, Prime Minister Sheikh Hasina has been continuously monitoring the overall development of the victims’ treatment, she added.

At least 67 people were killed and 41 others injured on Wednesday night after a devastating fire broke out at a chemical warehouse and raged through several nearby buildings in Chawkbazar.

Rohingyas eating up much of Bangladesh forests: FM