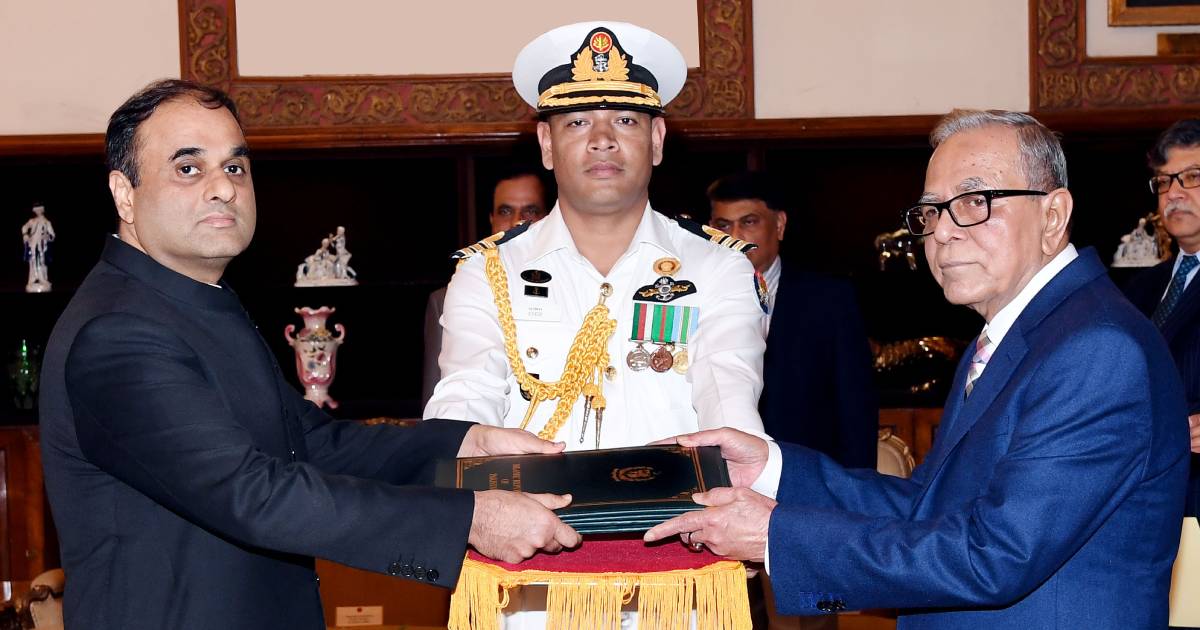 Welcoming the envoy to Bangladesh, the President said the country always maintains good ties with all countries following its foreign policy – “Friendship towards all, malice towards none” – adopted by Father of the Nation Bangabandhu Sheikh Mujibur Rahman.

President Hamid said Bangladesh is working to develop bilateral relations with all neighbouring countries in all aspects and it also believes in enhancing mutual cooperation regionally as well.

During the meeting, the President said that Bangladesh would celebrate the birth centenary of Bangabandhu this year and the golden jubilee of the country’s independence at home and abroad, especially at Bangladesh missions abroad next year.

The High commissioner sought all-out cooperation in discharging his duties in Bangladesh while the President assured him of extending all necessary support.

Earlier, on his arrival at Bangabhaban, a smartly turned-out contingent of the horse-mounted President Guard Regiment (PGR) gave the envoy a guard of honour as part of the ceremony.