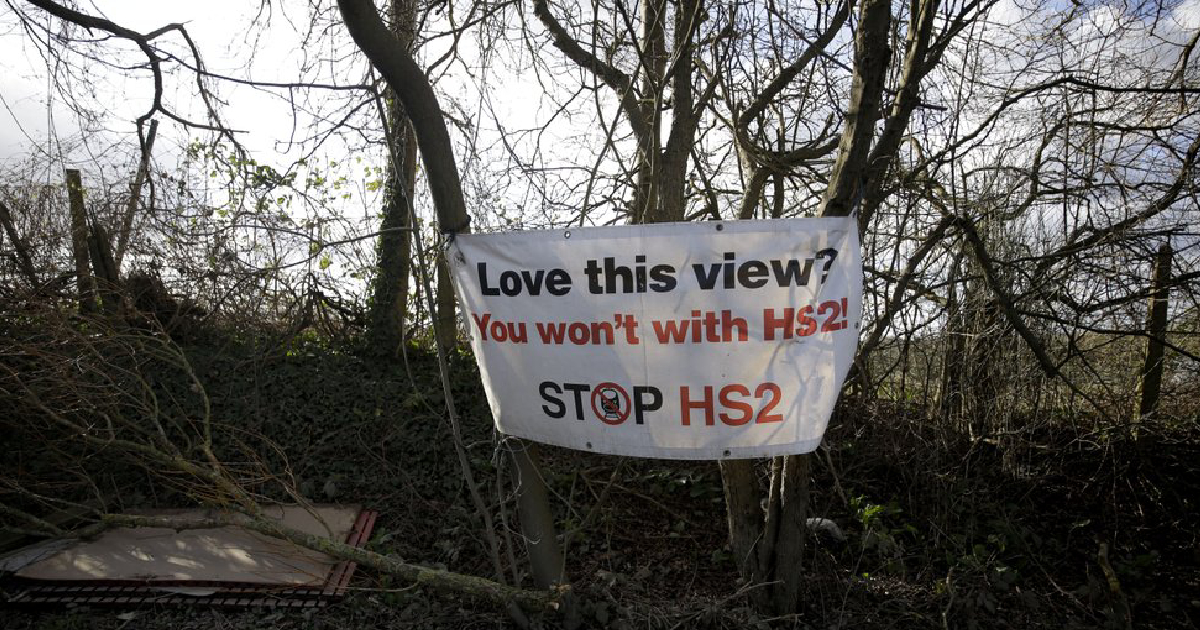 Photo : A protest sign is displayed by a roadside protest camp across the street from a High Speed 2 (HS2) rail line compound near the village of Harefield in north west London, Tuesday, Feb. 11, 2020. Britain’s Conservative government is set to approve a contentious, expensive plan for a high-speed rail line linking London with central and northern England, despite opposition from environmentalists and even some members of the governing party.

Tom Tugendhat, a Conservative lawmaker who chairs the U.K. parliament’s influential Foreign Affairs Committee, told BBC radio that he also had doubts about the ability of China Railway Construction Corporation (CRCC) to build the rail line in five years, given the vast differences between the two countries on issues such as planning applications, property rights and protected landscapes.

The company has transformed China’s transport system, building most of China’s 15,500-mile high-speed network over the past couple of decades.

His comments came after Britain’s Department for Transport confirmed that “preliminary discussions” have taken place between CRCC and the massive infrastructure project to improve rail lines to Britain’s central and northern regions known as HS2. According to the Financial Times newspaper, CRCC wrote to HS2 Chief Executive Mark Thurston last month saying it could build the rail line at a far lower cost and accommodate far faster trains.

First approved a decade ago, the project has been the subject of repeated delays and reviews. Trains were originally scheduled to begin running in 2026.

Earlier this week, Prime Minister Boris Johnson gave his support to the project even though it’s running way over budget. The projected cost, estimated at 33 billion pounds in 2011, has soared to as much as 106 billion pounds ($137 billion) and it’s not set to be fully completed until 2040.

“The reason why Chinese projects in China are very often so quick is because they don’t worry about such minor matters as planning consent or workers’ rights,” Tugendhat said. “It seems extremely unlikely that without really short-cutting any number of labor conditions that it would be possible.”

The news of potential Chinese interest in the HS2 project follows the government’s confirmation that it will allow Chinese tech giant Huawei to supply new high-speed network equipment.

That move by Johnson’s Conservative government ignored the U.S. government’s warnings that it would sever intelligence cooperation if the company was not banned. A number of Conservative lawmakers, including Tugendhat, have voiced concerns about that decision.