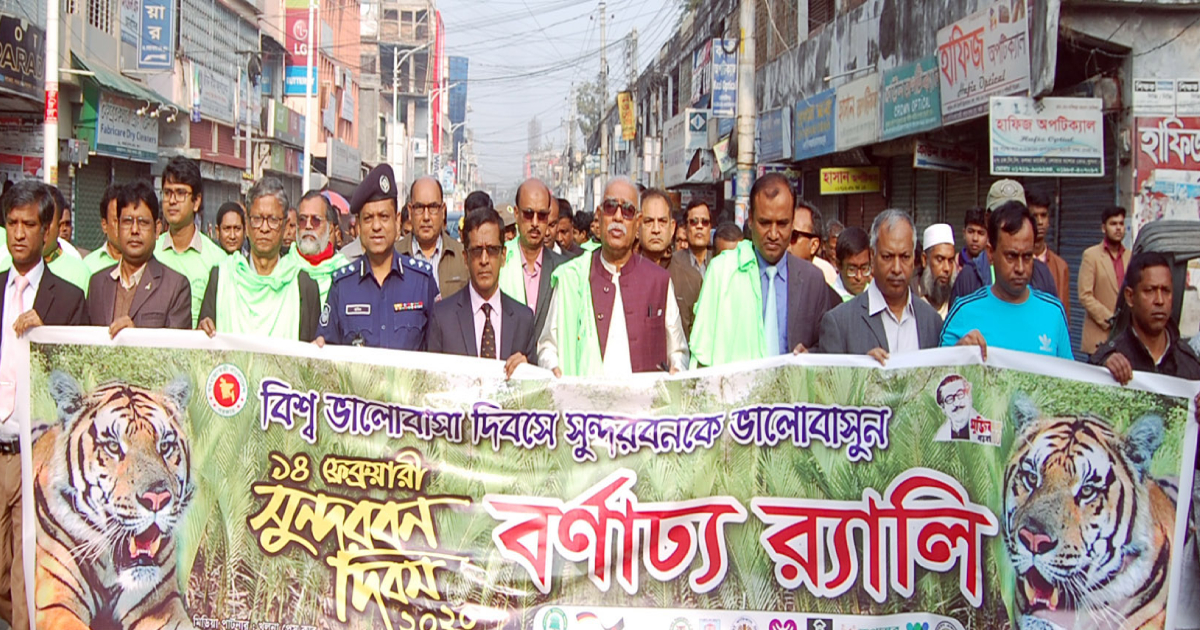 Residents of the coastal districts of Khulna, Satkhira and Bagerhat observed the ‘Sundarbans Day’ on Friday with an appeal to save the largest mangrove forest in the world.

Sundarbans, a World Heritage site, hosts a complex network of tidal waterways. The forest presents an excellent example of ongoing ecological processes and many of its flora and fauna are unique to this region.

It has 260 bird species, the Royal Bengal Tiger and other threatened species such as the estuarine crocodile, the Indian python, and the gangetic dolphins.

“The Sundarbans is a national treasure,” Khaleque said, adding that it shields Bangladesh from natural disasters. He called for saving the Sundarbans from people who are trying to destroy it.

A colorful procession was later brought out to mark the day.

Meanwhile, officials of Sundarbans Satkhira Range, in cooperation with local administration, NGOs, and people brought out a procession in the town and organised a discussion meeting.

MA Hasan, assistant forest conservator of Satkhira Range, spoke as the chief guest at the meeting.

In Bagerhat, separate rallies were brought out while discussion meetings were arranged observing the day in Sharonkhola and Mongla upazilas.