‘Kabiraj’ held for raping teenage girl in Sylhet for 18 months 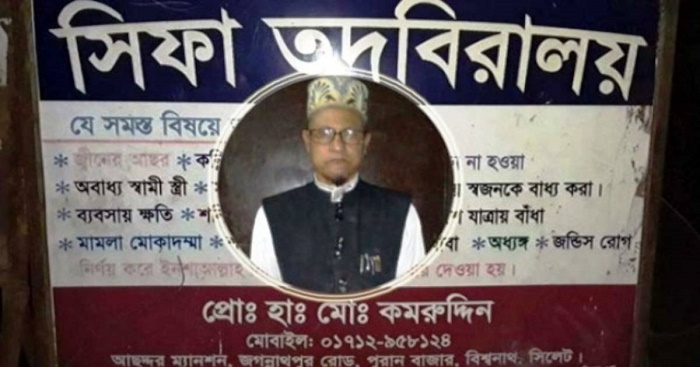 Sylhet Office : Police arrested a Kabiraj (a quack) on charge of raping a teenage girl for 18 months in the pretext of treating her in Bishwanath upazila of Sylhet.
The arrestee was identified as Kamruddin, 50, son of late Yunus Ali of Rahimpur village in the upazila.

Halima Begum, the mother of the victim, said they came to the Kabiraj Kamruddin as her elder daughter had been suffering from various diseases for months.When they approached Kamruddin about a year and a half ago, he told them to leave the girl with him for treatment and pay Tk 10,000 in cash. They left the girl with him and paid him.

Later, when Halima went to Kamruddin to get her daughter back, he threatened her. “He raped my daughter for one and a half year. I didn’t disclose the matter because of his threats,” she said.

Later, the accused were shown arrested in a case filed by the victim’s mother, the OC added.

Awami League has courage to punish own leaders for crimes, says Obaidul Quader