Wedding carnival ends up in wailing 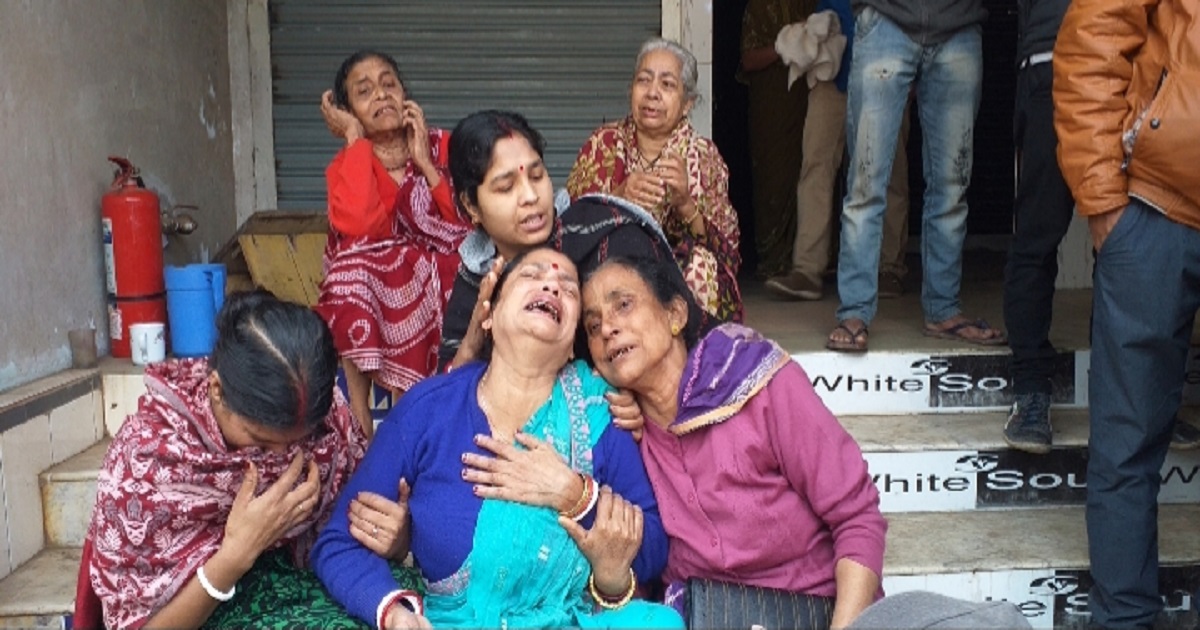 Moulvibazar Correspondent : The house that was abuzz with wedding festivities just a few hours back has fallen into the silence of death.

Subhas Ray used to live on the 1st floor, just above a shoe store he owned on the ground floor of a two-storey building. On January 22, the marriage ceremony of his daughter Pinki took place at the house and the post-marriage ceremony was attended by friends and relatives on January 27.

There was a flurry of activities at the house of Subhas Ray with many of his relatives staying back until Tuesday morning.

The fire that originated at Pinki Shoe Store at M Saifur Rahman Road on Tuesday morning claimed the lives of five members of Subhas’ family, sinking the buoyant mood of the house into depths of pain and agony.

The wailing and sobbing of people now reverberates inside the walls of the house that was a scene of merriment only the day before.

Subhas Ray, 65, owner of the shoe store, his daughter Priya Ray, 19, his brother’s wife Dipti Ray, 48, wife of his brother-in-law Dipa Ray, 35, and her daughter Boishakhi Ray, 3, all perished in the fire.

Abdullah Harun, deputy assistant director of Moulvibazar Fire Service, said the fire broke out at Pinki Shoe Store on the ground floor of the building around 9:30am and it spread soon to the 1st floor.

On information, five firefighting units rushed in and extinguished the fire around 12pm.

Tania Sultana, additional district executive magistrate, said the bodies were handed over to relatives after autopsy at Sadar Hospital.

According to locals, the victims were all trapped inside the house when the fire broke out the shoe store.