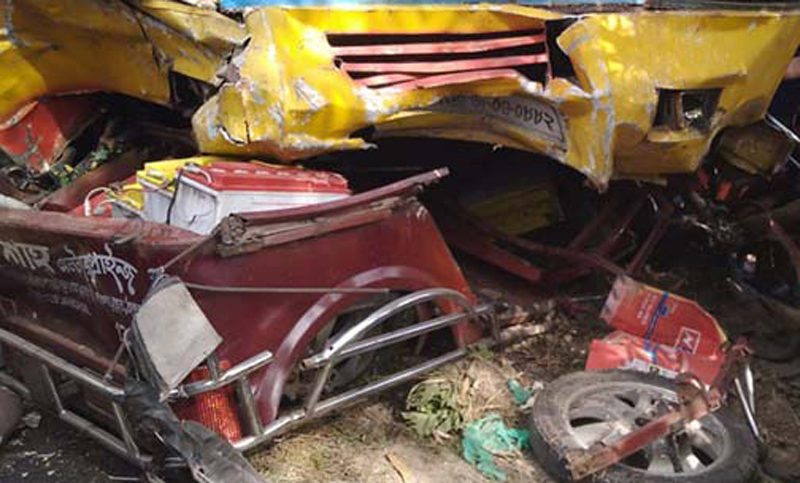 At least seven people were killed after a bus rammed a battery-run easy-bike at Magurmari village under Tentulia upazila in Panchagarh on Friday afternoon.
The identities of the deceased could not be known yet.

The incident took place at Amtoli area on Panchagar – Tentulia highway at around 2:00pm.Confirming the news, Sabina Yasmin, deputy commissioner (DC) of Panchagarh said, the truck rammed the easy-bike, coming in from the opposite direction, leaving its seven passengers dead on the spot.

Lists of rajakars will be published on December 16: Mozammel Haque