Govt to do everything to advance medical science: PM 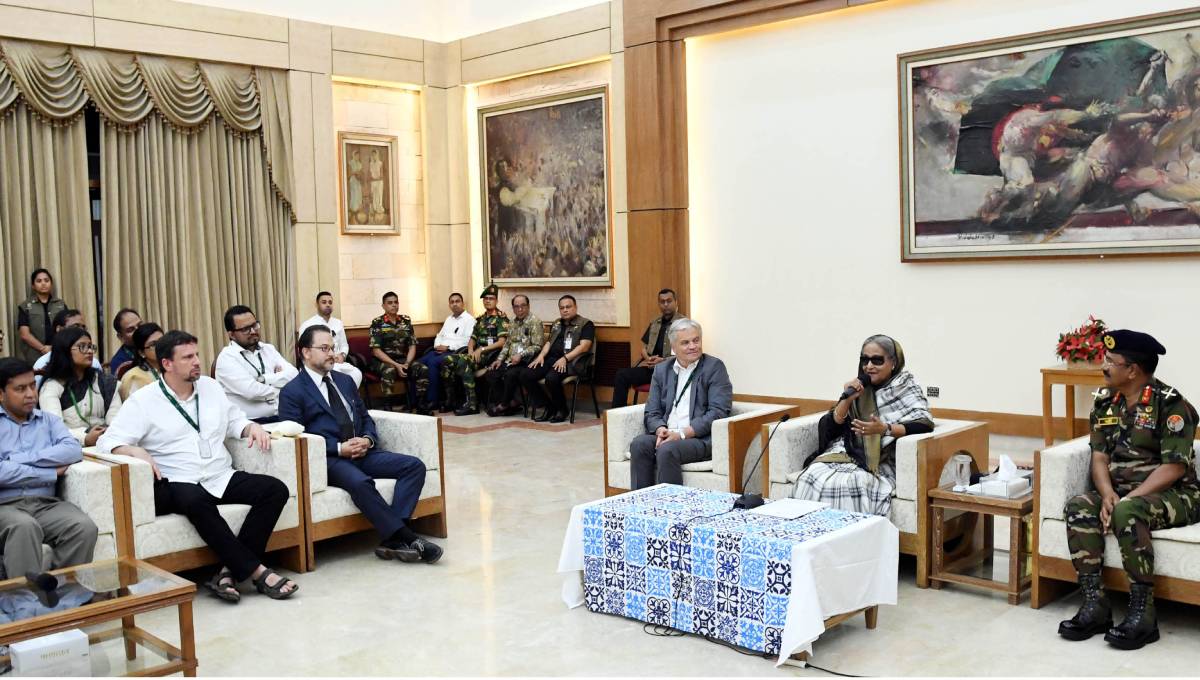 Prime Minister Sheikh Hasina speaks when physicians from Hungary, who were involved in separating conjoined twins Rabeya and Rukaya, and eight public medical institutions of the country meet her at her official residence Ganobhaban on Friday, Aug 16, 2019. Photo: PID

Dhaka, Aug 16 : Prime Minister Sheikh Hasina on Friday said the government will do whatever is necessary to advance the medical science in the country.

“We have to take our medical science forward. To ensure higher education and advance knowledge, the government will do whatever is needed,” she said.

The Prime Minister said this when physicians from Hungary, who were involved in separating conjoined twins Rabeya and Rukaya, and eight public medical institutions of the country met her at her official residence Ganobhaban.

On August 2, doctors separated the conjoined twins after a 33-hour successful operation at the Combined Military Hospital in Dhaka.

The operation was carried out with the support of Prime Minister Sheikh Hasina and Defenceless People Foundation (ADPF), an agency of the Hungarian government.

Earlier, the twins were sent to Hungary for treatment and the Prime Minister bore their entire treatment cost at home and abroad.

The Prime Minister said medical organisations of the country have to be made more developed and modern cashing in on the experience.

She thanked the physicians and nurses involved with the critical operation of Rabeya and Rukaya. “Through this operation, physicians of various government institutions gained new experiences,” she said.

Sheikh Hasina put emphasis on developing the knowhow of the physicians keeping this learning process on.

She mentioned that with the surgery, various organisations through their well-coordinated efforts opened the eyes of all physicians of the country.