Bangabandhu a friend of World: Diplomats 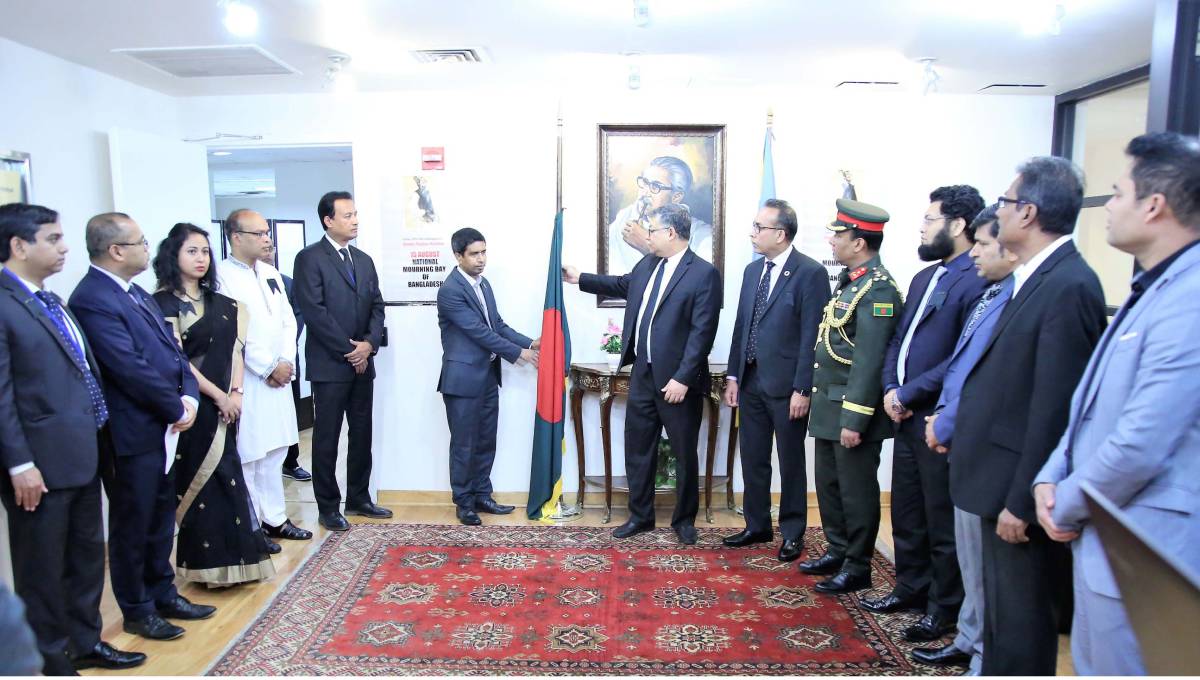 Dhaka, Aug 16 : Bangladesh Permanent Representative to the UN Ambassador Masud Bin Momen has said they are planning to celebrate the birth centenary of Father of the Nation Bangabandhu Sheikh Mujibur Rahman at the UN.

Permanent Mission of Bangladesh to the United Nations arranged the discussion marking the 44th martyrdom anniversary of Bangabandhu and his family members.

Bangladesh Permanent Mission to the UN observed the National Mourning Day in the UN headquarters for the first time with due solemnity.

They described Bangabandhu a ‘Friend of the World’ and recalled his contributions in realizing the rights of deprived people around the world, according to a media release issued on Friday.

The diplomats said death cannot defeat Bangabandhu rather he lives in the memory of his people and the world.

Recalling India’s deep and brotherly relations with Bangladesh, Syed Akbaruddin said the 15 August is India’s Independent Day, but when Indian people had known that Bangabandhu along with his most of the family members were killed on August 15 in 1975, their cheerfulness of Independent Day turned into grief instantly.

Reading out the message of Serbian Foreign Minister, issued on the occasion of the National Mourning Day of Bangladesh, Milan Milanovic highlighted the deep friendship between Bangabandhu Sheikh Mujibur Rahman and former President of Yugoslavia Marshal Josip Broz Tito.

Mentioning the friendship of Bangabandhu and Palestine leader Yasser Arafat, Riyad H Mansur said 44-year after the assassination of Bangabandhu, his martyrdom anniversary was observed in the UN Headquarters, which was an outstanding initiative to pay homage to the legendary leader.

He said Bangladesh is now a role model of socio-economic development due to Prime Minister’s visionary leadership.

Earlier in the day, the national flag was hoisted at half-mast atop Bangladesh Permanent Mission to the UN marking the national Mourning Day.

Later, the officials of the mission stood silence for one minute.

A milad and doa mahfil were held there seeking eternal peace of the departed souls of Bangabandhu and his deceased family members.

A video exhibition on the life and works of Bangabandhu was also screened.

Govt to do everything to advance medical science: PM