4 to die for schoolboy murder in Sylhet

Sylhet Office : A tribunal here on Wednesday sentenced four people to death for killing a schoolboy in Chatak upazila in Sunamganj district in 2015.

The condemned convicts are Saleh Ahmed, Rafiq, Zayed and Sujon of Chhatrak uapzila in Sunamganj district. Of them, Saleh was tried in absentia.

According to the prosecution, Mostafizur Rahman Imon, a Saudi expatriate and son of Zahur Ali of Batirkandi village in the upazila, was kidnapped by the convicts on March 27, 2015.

Later, the kidnappers killed him after being failed to realize ransom money. Victim’s father filed a case in this connection.

On April 8, 2015, police arrested Sujon from Kadamtoli Bus stand area in Dhaka after tracking his mobile phone. Following interrogation, police recovered a knife, skull and bones of Imon from a haor area in Batirkandi village.

On November 21, 2016, police submitted a chargesheet against seven people. 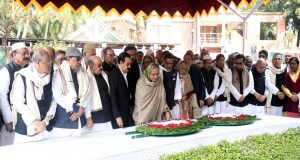 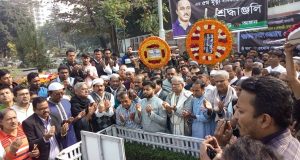