India chase massive 329 to seal a spot in the final

Steven Smith (105) scored a scintillating century to help Australia to a massive 328 for 7 against India in the second semi-final in Sydney on Thursday.

He worked up a brilliant 182-run second wicket partnership with Aaron Finch (81) before India hit back with quick wickets at the Sydney Cricket Ground.

India struck early when David Warner (12) tried to play on the leg-side off Umesh Yadav but took a leading edge straight to Virat Kohli at mid-off. Smith took little time to settle in as he cracked his fifty off 53 balls.

Finch, however, was sluggish at the other end but the two brought up their 100-partnership off 90 balls. Smith shifted gears and cracked his century off 89 deliveries. He smashed 11 boundaries and two sixes.

Soon after reaching his fourth ODI hundred Smith skied a pull off Yadav to Rohit Sharma in the deep.

Aussies looked all set for a massive score when Glenn Maxwell (23) started his usual power hitting but soon went back off Ravichandran Ashwin holing out Ajinkya Rahane at deep backward square.

The dismissal initiated a mini collapse as Yadav earned his third scalp in the following over when Finch (81) mistimed to Shikhar Dhawan at midwicket.

Both sides were unchanged for the contest to decide who meets the other co-hosts New Zealand in Sunday’s final at Melbourne Cricket Ground. 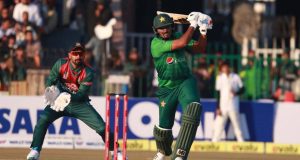 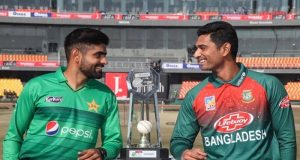 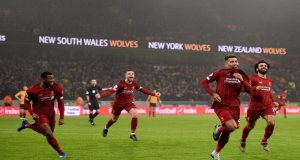